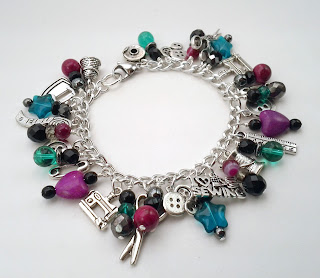 The Bracelet With No Name is done, and has finally been given an appellation of it's very own.  It was named by my very sassy stitcher friend and former student, Grace, who now works on film & television in Vancouver. 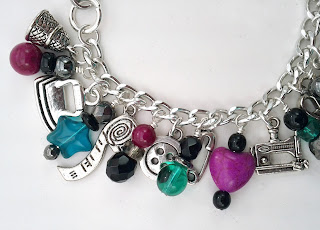 Over the years that I worked in costuming & theatre, I witnessed many people commenting on just how tough and badass the carpenters in the scene shop were.  No question, those folks work hard.  But I would like to point out that Sewing may just be one of the most badass of arts. Filled with blood, sweat, passion, hella-sharp blades, and of course, lots and lots of needles. 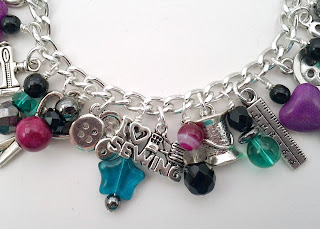 There's something intensely satisfying about walking out of your sewing room or costume shop, covered in bits of thread, sporting a burn from the iron, and some new calluses, knowing that you've finished that amazing dress, whipped up a new bag that will astound your friends, or quilted a new masterpiece for your bed. 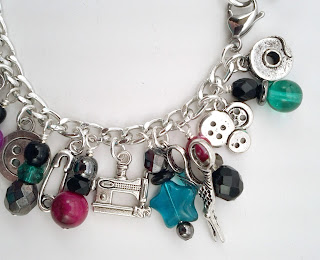 I wanted this bracelet to represent all the incredible artists and technicians that I've had the joy of working with over the years.  Those completely badass women (a men), who put in the hours of backbreaking (and fingerbreaking) work to get the job done.  It contains 17 sewing charms, and is filled with Czech glass and hematite beads in shades of jet black, carbon grey, bright magenta and cool-under-pressure teal.  My hats off to all you sassy stitchers out there.  You've more than earned it! 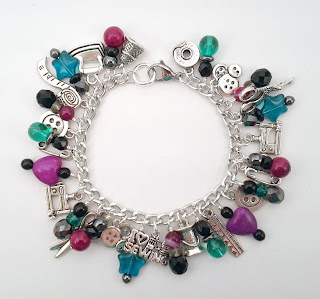